Rising from the depths of the metro station nestled underground, the first sight you are greeted with is a hoard of tourists, all clamouring to get what is, in fairness, the most desirable shot. The tour guide made us promise not to look behind us until she said so, so she could enjoy our reactions. The group duly lined up along the pavement, heads bowed, until she said go. And the response from each one of us was what I would myself consider an unrivalled joy – I actually gasped in awe.

Having seen all kinds of things and been all sorts of places, I wasn’t expecting to be so overwhelmed by this building; I’ve been told of its majesty and general ‘amazingness’, but nothing can truly prepare you for it. As I said to the guide at the time, I’m not sure what I expected, but it wasn’t that. She was thrilled with my response, and it has made me long to bring someone to Barcelona who has never seen the building before, so I can bestow the same gift to them… To hell with it, I want that same reaction myself! I had a similar experience once before when I introduced a friend to the Grand Place in Brussels, which is another wonder which has to be seen to be believed. 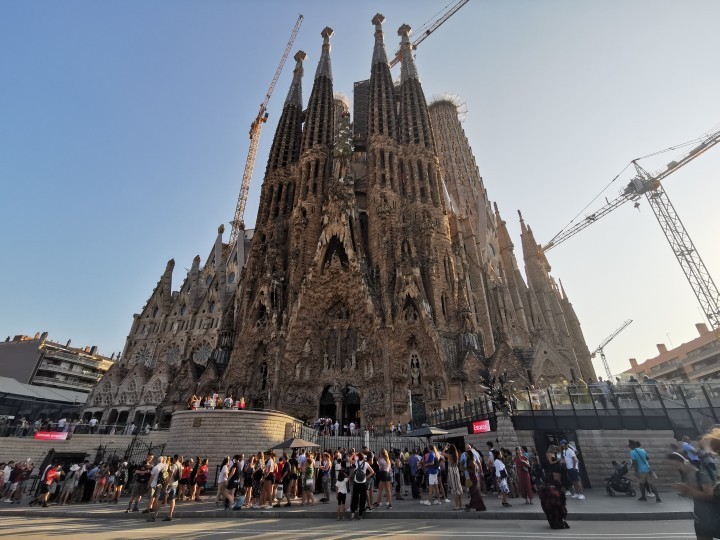 I didn’t visit the inside of the cathedral, as I was only in the city for one day and wanted to see as much as possible, but I know I will be returning anyway so I’m saving it for another time, when I can stroll slowly through the aisles and soak it up completely. However, despite not going inside, I don’t feel I missed out on an experience, as seeing the beast of a building from the outside is a treat in itself. I do know though that the demand is high, the queues are long, and the need to book in advance at the height of summer is compulsory. It is around £28/$36 a ticket booked online, which is on the expensive side for a museum or attraction, but if the photos I’ve seen of the inside are anything to go by, it’s well worth it. Plus, they have to find the money to finish construction somehow…

The building is a fantastic example of Gaudi architecture, and construction was started in the 1880s; Gaudi knew he would never see it completed, so left very clear and detailed plans for how he imagined it to look; as such, the building in its present form is how it should be. Some of the plans were lost during the Spanish civil war, and as Gaudi had died in 1926, a few parts have been guessed or reimagined, but we have to hope that he would have been pleased with how it’s going.

A deadline has been set for completion – 2026 being the magic number, to commemorate the 100 year anniversary of Gaudi’s death, but a Barcelonian native admits she has little faith in this, as she claims the Spanish attitude to this work is ‘hey don’t worry, it’ll get done eventually!’. That said, I’m already excited to go back and see it in all its completed glory, whenever that may be. I just hope I have more success than the architect himself, and live to see the end result. 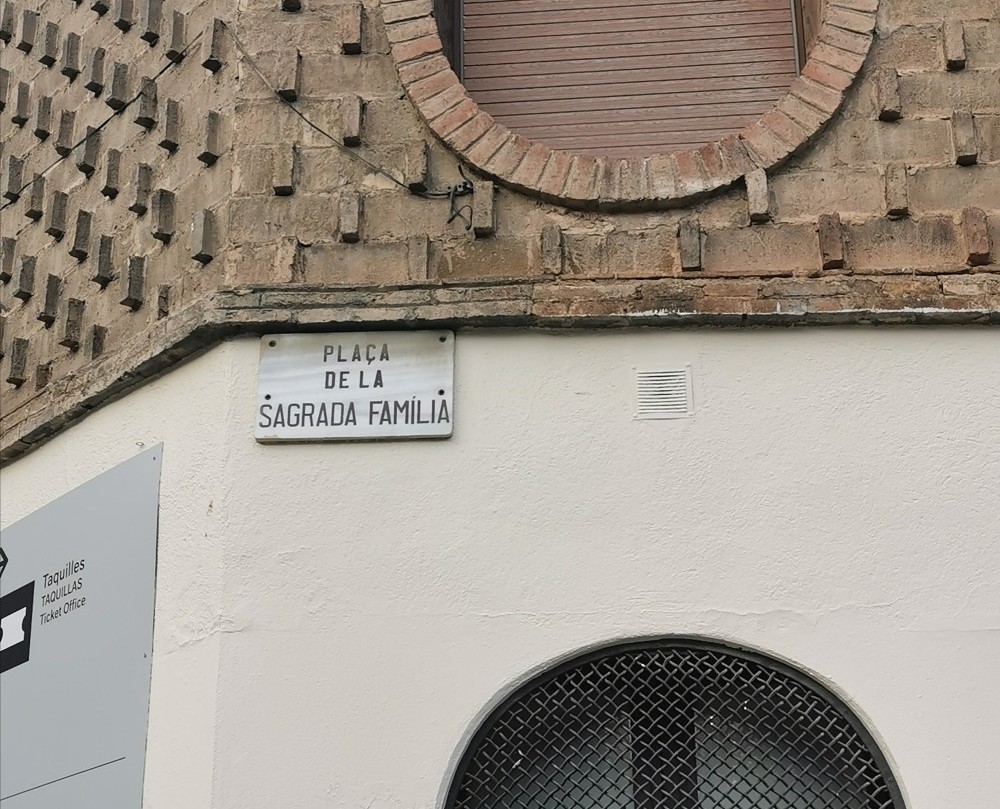 Travel and old stuff, yo.